Wherever is Krishna, the Lord of Yoga, wherever is Partha, the archer, there are prosperity, victory, happiness and firm (steady or sound) policy; this is my conviction. 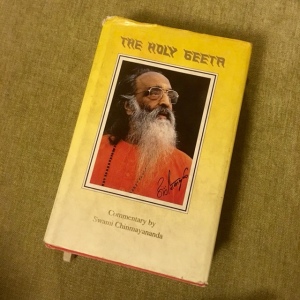 Today is Geeta Jayanti, the day the Divine Song is said to have been given to us. The Institute had a talk organised on the occasion and it was a blessing to listen to Geetaji touch upon many aspects of yog as mentioned in the Geeta as well as the Yog Sutras.

She wound up on the significance of the title of the last chapter , Moksha Sanyasa Yoga after taking us through the paths of Karma, Bhakti and Jnana laid out through the entire 700 odd shlokas. That made me come back home and look up the last verse in my copy (mentioned above). Swami Chinmayananda breaks down each of the phrases to bring out its significance. One part of his interpretation in particular stood out and made me think of how seamlessly the last verse tied up with the opening verse. “… Yogeshwarah Krishna could have achieved nothing on the battlefield of Kurukshetra without the Pandava Prince, Arjuna, ARMED AND READY TO FIGHT.’

The opening verse of the Geeta commences with the words ‘ धर्मक्षेत्रे कुरुक्षेत्रे ‘ and is where we are introduced to the array of mighty warriors on both sides. A battlefield. At the peak of Arjuna’s prowess as a powerful Kshatriya, he requests his Charioteer, Lord Krishna to draw his chariot between the two armies to see who he would be up against. He sees family, teachers and at the moment when he is to rise to his glory, falls into the depths of despair and despondency. It is a chapter that I come back to because I find myself in that state often. Despite the giving up of arms at the end of the chapter, he rises through his charioteer to fight the battle of his life.

In the symbolism of charioteer and warrior, I find similarities of our true selves and deluded selves. As warriors of the spirit, it is upto us to ride into the battle with absolute faith and surrender to the charioteer. Arjuna was at his peak when he was hit by depression. It could happen to us too. What do we do then? Trust the charioteer. Even the adepts are not spared. It is a theme that appears in the Yog Sutras too and the twin pillars of abhyasa and vairagya are the way through the struggles of sadhana.

This brings me back to the last lines of the Divine Song which talks about the presence of both the Supreme and the Human. It is only in this two legged embodiment that we can find our way in to the ‘Purusha‘. The realisation of the ‘tattva gyana‘ as Geetaji said and it is possible only through Prakriti. To use her words again, ‘words limit us’. It does, doesn’t it. How can I describe the joy that is an explosion or the dark despair of the heartin mere language?

3 thoughts on “Beginning at the End” 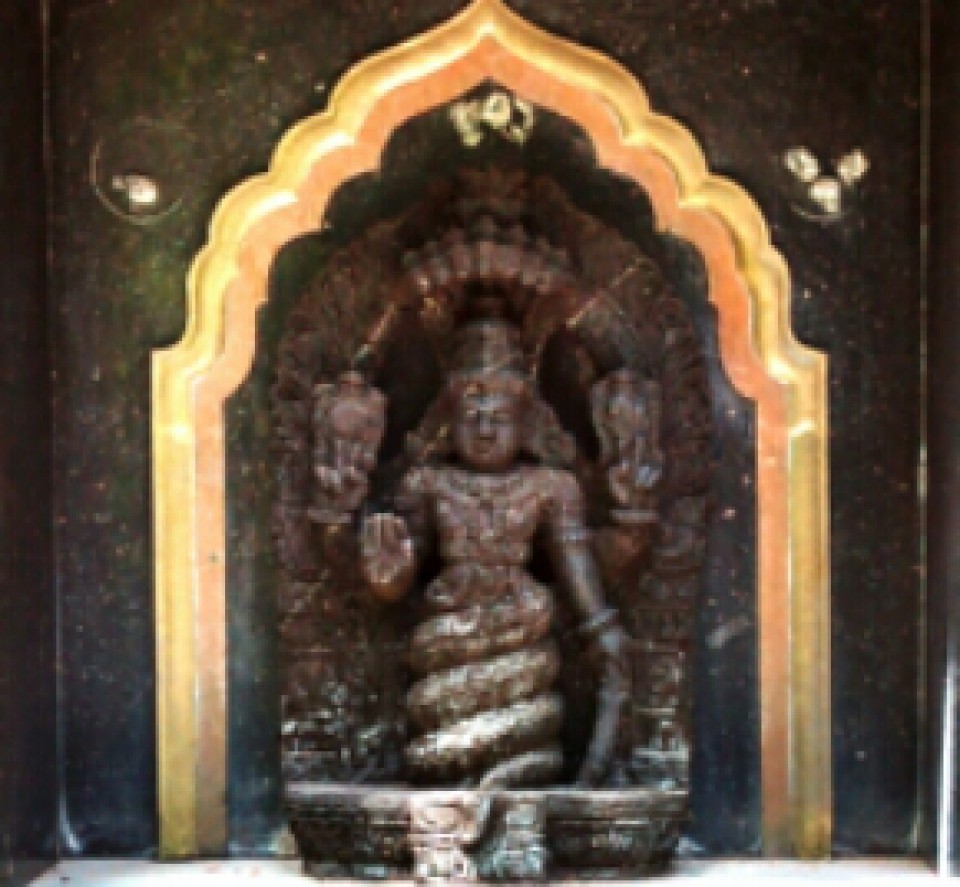